Entering the match, the fifth seed had never rallied from two sets down. But he showed great mental fortitude, drastically reducing his unforced errors to earn his 14th five-set victory after three hours and 22 minutes.

“I’m through to my first Grand Slam final and that’s all that matters,” Zverev said on court after his triumph. “I knew I had to play better. I’d never come back from two sets to love. That was the first time in my career. But I’m happy to do it at this stage, in the semi-final of a Grand Slam. I couldn’t be happier, but there’s still one more step to go for me.”

This was the first time since 2011 — and the sixth time in the Open Era — that a player rallied from two sets down in theUS Opensemi-finals.Novak Djokovicsaved two match points againstRoger Federerto reach the championship match that year, in which he lifted his first trophy at Flushing Meadows.

Zverev made his first Grand Slam semi-final earlier this year at theAustralian Open, and now he will face second seedDominic Thiemor 2019 finalistDaniil Medvedevfor the trophy. Nobody remaining in the draw has won a Grand Slam title, guaranteeing a first-time major champion for the first time since the 2014US Open(Marin Cilic). Zverev, a three-time ATP Masters 1000 champion who won the 2018Nitto ATP Finals, will play for the biggest title of his career.

“I’ll definitely watch it. I’ll probably watch a set or so live. I think those boys might be playing long, though. It’s going to be an interesting match,” Zverev said. “I can’t wait for the final.”

Zverev made 36 unforced errors in the first two sets compared to just 12 for Carreno Busta, allowing the 20th seed to build a sizable lead. But the German never panicked or showed excessive frustration, becoming the first GermanUS Openfinalist sinceMichael Stichin 1994. Zverev is now 14-6 in five-setters and Carreno Busta falls to 4-10. 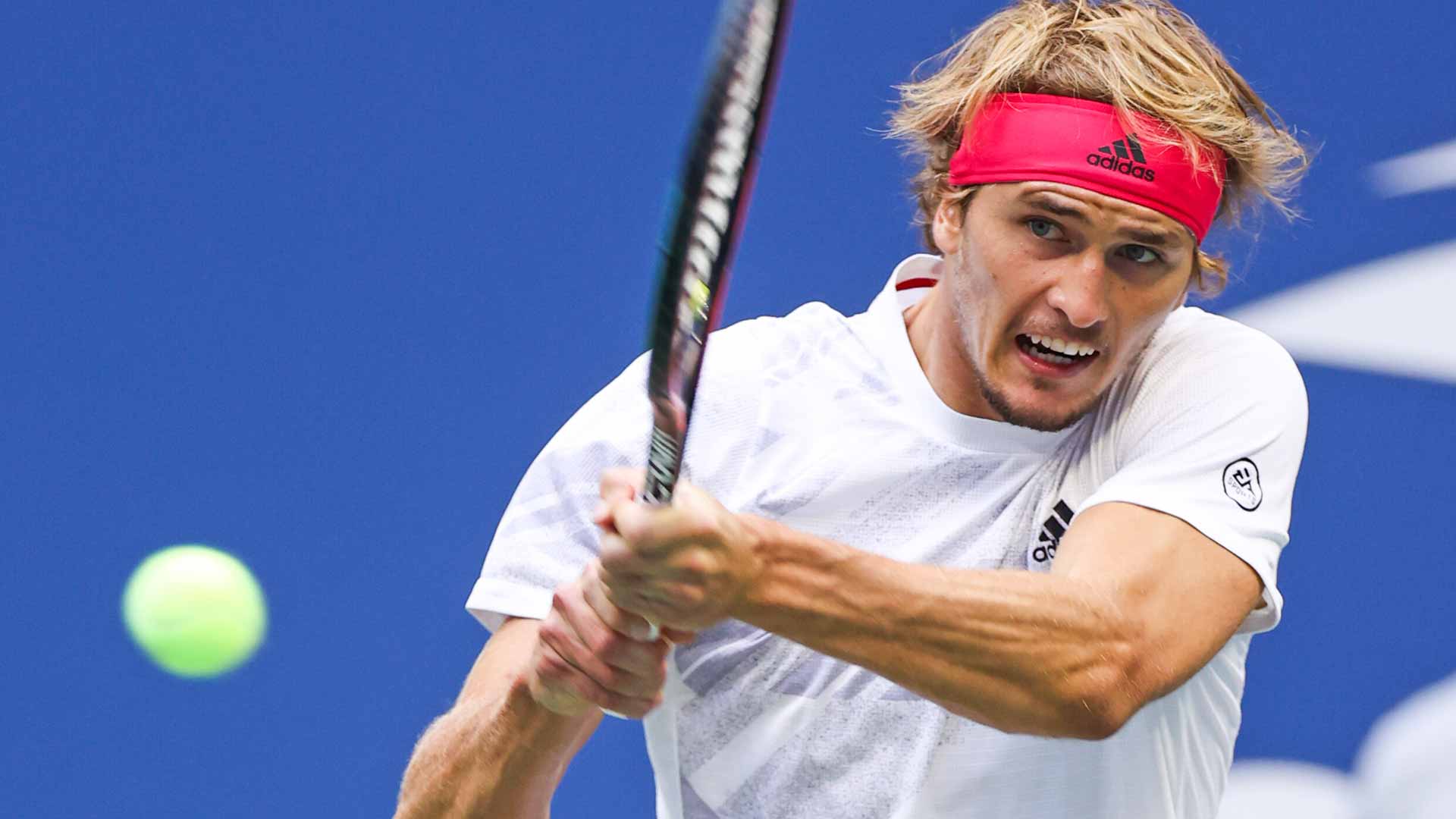 Photo Credit: Simon Bruty/USTA
While Zverev’s second serve is often scrutinised — and he hit eight double faults — his first serve was clutch in key moments. The 11-time ATP Tour champion crushed 24 aces. He is not known for his net prowess, but Zverev won 74 per cent of his 50 net approaches.

This was the second consecutive match in which Zverev found his back against the wall. The 2018Nitto ATP Finalschampion trailed early in his quarter-final againstBorna Coricon Tuesday, losing the first set 1-6 and falling behind by a break in the second. But then he began to play more aggressively and found his range from the baseline. That took until the third set against Carreno Busta, but Zverev improved set-by-set in one of the biggest pressure moments of his career.

The Spaniard didn’t significantly drop his level as Zverev rounded into form, but Carreno Busta was never able to shift the momentum back in his favour for more than a game. Zverev forced the 29-year-old to put him away in rallies, which he wasn’t able to consistently do. The three-time Masters 1000 titlist began striking his forehand much cleaner in the middle of the match, giving him more traction in rallies and taking away an easy target from his opponent.

Carreno Busta showed few early nerves, playing steady tennis and taking any opportunity to aggressively target the German’s forehand. He took full advantage of Zverev’s slow start, going after second-serve returns without giving his opponent free points. Even Zverev’s trustworthy two-handed backhand mis-fired in the second set. But once he found the range on his forehand wing, his entire game began to fall into place.

World No. 27 Carreno Busta was trying to become the second-lowest-ranked tournament finalist since the FedEx ATP Rankings were established in 1973. The man who beat Carreno Busta in the 2017US Opensemi-finals, then-World No. 32Kevin Anderson, holds that distinction.

Did You Know?
This was the first five-s