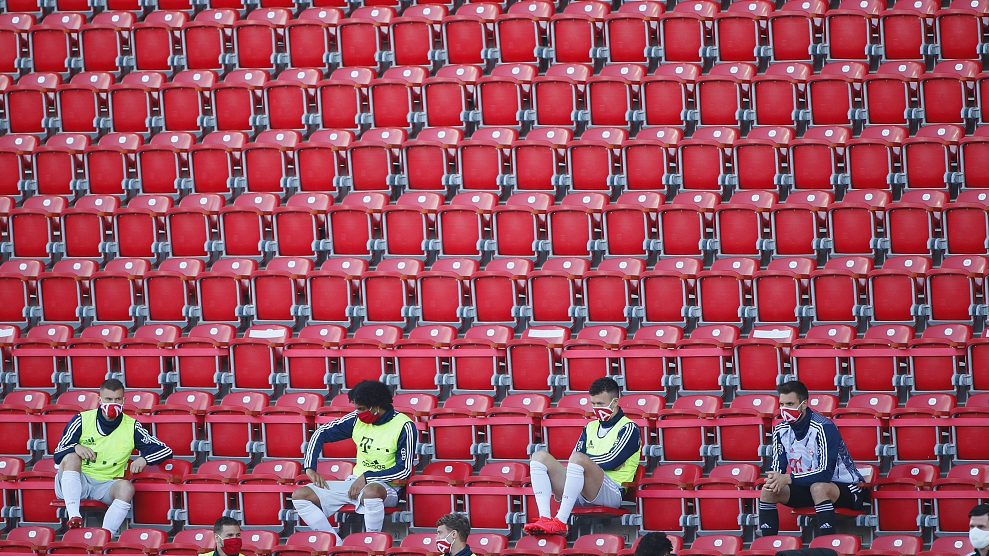 Bayern Munich substitutes wear protective face masks and maintain social distance in the stands during their Bundesliga clash with Union Berlin in Berlin, Germany, May 17, 2020. /VCG

Bayern Munich substitutes wear protective face masks and maintain social distance in the stands during their Bundesliga clash with Union Berlin in Berlin, Germany, May 17, 2020. /VCG

Despite the eerie silence that filled stadiums across Germany, the Bundesligamade its triumphant returnover the weekend, offering football-starved fans reasons to be cheerful after a two-month COVID-19 lockdown that has seen almost all professional sports grind to a halt.

For all the peculiar sight of routinely jam-packed stands bereft of the rip-roaring aficionados that has become synonymous with the Bundesliga, the intensity, quality and engrossing VAR (video assistant referee) drama on the pitch provoked enough material to chew on for all stakeholders in the grand scheme of things. 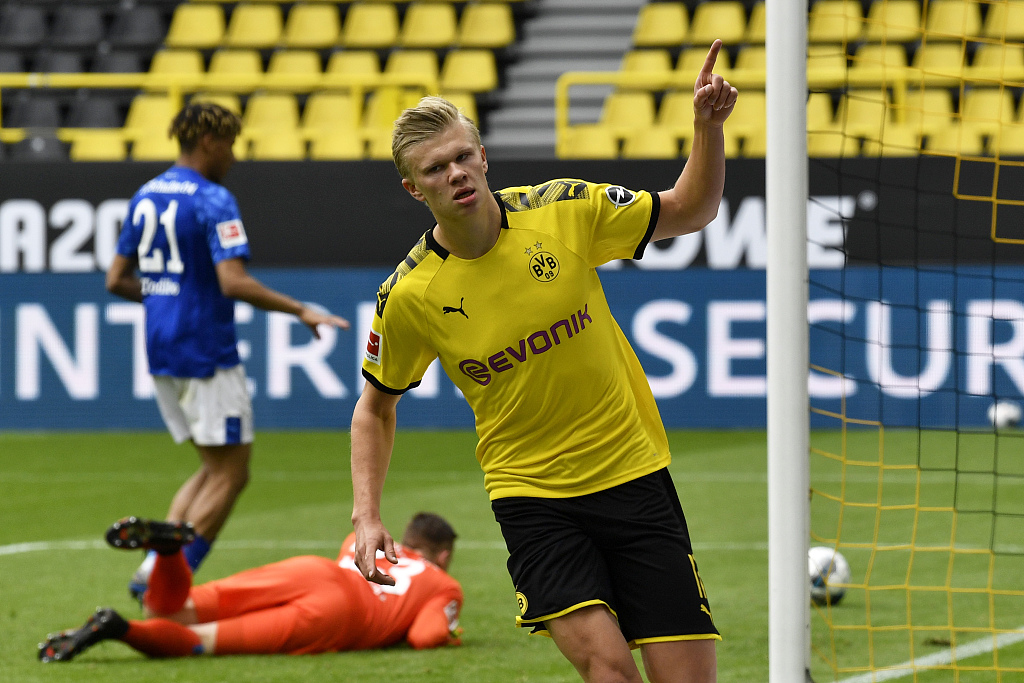 This relatively smooth ride has breathed an air of optimism back into the horror-plagued football community, with UEFA President Aleksander Cerefin now indicating that the European football governing body could bring the current season to a conclusion by August despite dreadful coronavirus disruptions to the sporting calendar.

“We have an idea but we have to wait for the executive committee to confirm the dates. And I can say that the European season will be finished, if everything is as it is now, in August,” declared Ceferin on Sunday.

The majority of Europe’s top leagues have been put on hold since mid-March due to the pandemic. In England, Premier League players would be able to train in groups of five from Tuesday ahead of an expected restart in June. Spain’s La Liga and Italian Serie A also aim to return next month, pending the approval of their respective coronavirus safety plans.

League organizers are keeping their fingers crossed, hoping that Bundesliga’s experiment truly works and gets clubs out of appalling financial troubles. Judging from all the parameters so far, they finally see the light at the end of the tunnel. And Cerefin is displaying welcome signs of optimism. 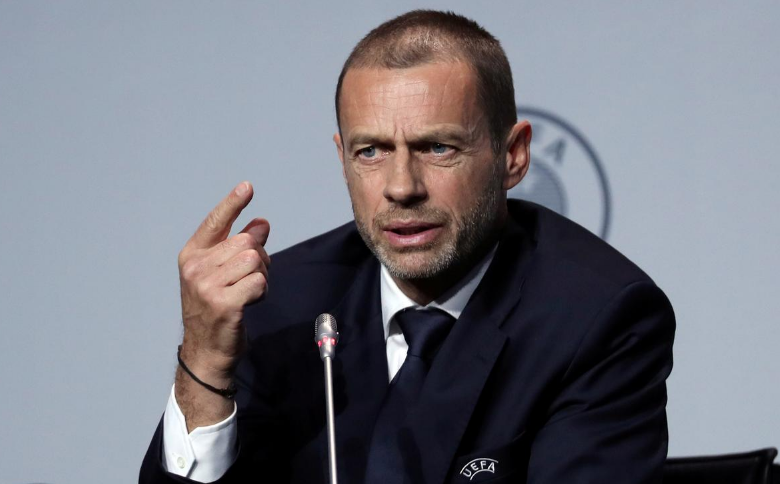 “As things look now, I’m sure that we can finish the European season,” he said, before adding leagues which do not complete the campaign “will still have to play qualifiers if they want to participate in UEFA competition” next season.

Cerefin also provided the latest updates on the potential logistical nightmare of staging the delayed Euro 2020 in 12 cities across Europe amid the coronavirus gloom.

“We’ve had conversations with nine cities and everything is set,” he explained. “With three cities, we have some issues. So we will discuss further. In principle, we will do it in 12 cities but if not, we are ready to do it in 10, nine or eight.”

The STOP FOOTBALL campaign has been overturned on appeal – The Guardian