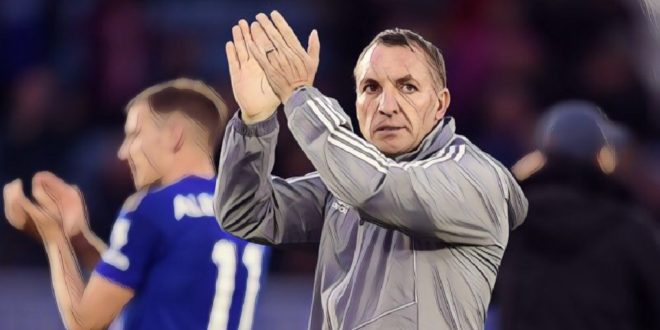 Brendan Rodgers says he is ‘very much’ focussed on his job at Leicester City, though has hinted that his contract contains a release clause amid speculation linking him with the managerial vacancy at Arsenal.

TheLeicesterboss has emerged as one of the leading candidates to replace the sacked Unai Emery at the Emirates, having impressed since taking over at the King Power Stadium in February and overseeing the club’s superb start to the season.

The Foxes currently sit second in thePremier Leaguefollowing a fine start to the campaign, Leicester currently on a run of six successive league victories following Sunday’s 2-1 win over struggling Everton.

Rodgers’ impact has now seen the formerLiverpooland Celtic manager linked with Arsenal,reports suggestingthe club have made contact with Leicester regarding the Northern Irishman’s availability.

Arsenalare keen to secure the correct long-term successor following their torrid run of recent form, the North London side currently eight points adrift of the top four and facing the prospect of missing out onChampions Leaguefootball four a fourth successive season.

Rodgers has been quick to reiterate his focus is on his current employers, though didn’t completely shut down the talk when asked if his deal contained a release clause.

“There probably is [a clause] in most manager’s contracts. It is all hypothetical,” Rodgers told Sky Sports.

“My focus is very much with Leicester. I made a change nine months ago and I have been very happy since I came here. We still have a lot of work to do.

“Most manager’s contracts will have something in but my focus is here.”