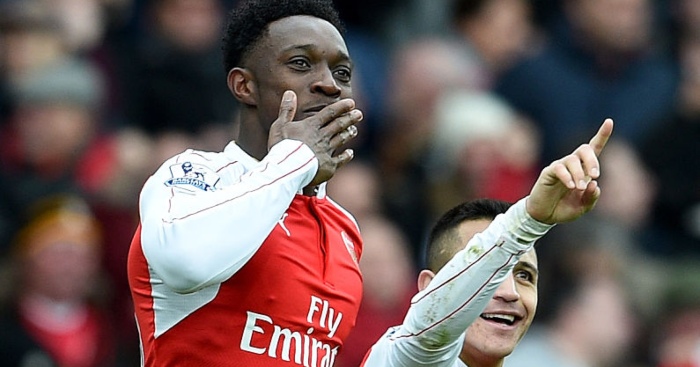 This piece first appeared on TheTotallyFootballShow.com, home of the Totally Football Show, presented by James Richardson, which you cansubscribe to here.

Really, this should have been where it all ended.

This should have been the game when the whole world thanked the plucky underdogs profusely for providing some great entertainment, but now it was time to wander back out of the spotlight and for the big boys to step forwards. This should have been where Leicester City’s 2015/16 miracle Premier League challenge took a bucket of cold water to the face.

This should also have been the day where it all began. It had been 12 years without a title, over a decade of flattering to deceive, but now a phenomenal opportunity was presenting itself and all they needed was to reach out and grab it. This should have been where Arsenal took a grip on the title and didn’t let go, giving Arsene Wenger a moment of glory in the autumn of his managerial career, maybe allowing him to bow out gloriously at the top.

When Danny Welbeck rose in the 95th minute of Arsenal’s 2-1 win over Leicester on Valentine’s Day 2016, these were the scenarios that looked the most likely. Sure, Leicester remained two points clear at the top of the table, having beaten Manchester City and Liverpool in their previous two games, but to most observers, thoughts governed by logic and sense and precedent rather than the cosmic implausibility of Claudio Ranieri’s side actually winning the league, it seemed like a bubble being burst.

It wasn’t just that Leicester lost, more that this felt like it would ultimately be a microcosm of the season. Leicester had gone ahead, via a Jamie Vardy penalty, but had Danny Simpson sent off, gamely battled against the odds and were defeated in the end, by a richer and more established power. Surely, even after their extraordinary first 26 games, this was a sign that the final 12 would see reality take over and the fairytale would be done, ended, finito.

“THERE’S YOUR FAIRYTALE,” bellowed the always understated Peter Drury on BeIN Sports when Welbeck, who had been out with injury for nearly ten months, glanced his header home. “THE TITLE-TURNING GOAL OF HIS DREAMS.” This is precisely the reason everyone loves Drury: the cartoon exaggeration, delivered with such conviction that for a second it makes you believe that yes, an international striker scoring a late goal was more of an outlandish story than the team who was 5,000-1 to win the title, actually winning the title.

Sky went for a slightly more cautious: “Will that be the goal that Arsenal look back on in May as the one that propelled them to title glory?” The perfect Sky line really: bombastic enough to whip up the hype, but because everyone secretly knew the answer, uncontroversial enough not to annoy anybody.

Arsenal’s win put them on 51 points behind Leicester’s 53, while up in Manchester, Tottenham were busy beating City 2-1, leaving them level with their north London foes. Leicester might be able to hold off one of the big boys, but two of them, both a mere two points behind? Shortly after the whistle, Leicester dropped to third favourites for the title with the bookies.

“This was as well a mental test for us, because to find yourself down 1-0 at half-time to a team who defends so well, you need to keep going,” said Wenger afterwards. “We came back with relentless energy and took the risks to win it. We knew a draw was not good enough. It paid off down to the mental desire of the team to give absolutely everything to win. [This result] will strengthen our belief that we are in the fight [for the title].”

If Wenger’s words carried the smell of cautious triumphalism, the social media accounts of the Arsenal players were a little less tentative. It feels slightly quaint now, but this was a time when players posting celebratory pictures from the dressing room on Twitter or Instagram was a big deal, not just frowned upon by the people that usually frown upon these things, but also almost seen as a taunt to their opposition, as an example of arrogance and hubris. Several of them did, including Mesut Ozil, Aaron Ramsey, Alex Oxlade-Chamberlain, Alexis Sanchez and even Mathieu Flamini, who didn’t make it off the bench that day.

All of which seems quite silly, but it appeared to have a pretty significant impact in the Leicester dressing room. “For me the key point in the season was when we lost to Arsenal and it was last minute,” Robert Huth told Jonathan Northcroft for his excellent book ‘Fearless’ about Leicester’s title season. “Everyone was celebrating…A few of the lads stuck a few [of Arsenal’s] pictures up and it got the blood boiling. Certainly, it gave us an extra yard in the next few games.”

“Seeing Arsenal celebrate as if they had basically won the league against us,” Kasper Schmeichel told Northcroft, “that a victory against us could mean so much to them? It really showed how far we’d come. Watching them [celebrate], for me, was actually a boost.”

The following weekend was the FA Cup fifth round, but since Leicester had shrewdly been knocked out in the third, it provided scope for Ranieri to give his squad a week off. They dispersed to kick back and clear their heads, returning a week later refreshed and refocused. A relatively old-fashioned piece of man-management, the sort of thing you could imagine Brian Clough doing in the 1970s, but it worked. They won the first game back against Norwich, drew with West Brom and then won five on the bounce without conceding a goal, including that Sunderland victory that saw Ranieri burst into tears after the final whistle.

Conversely, far from galvanising Arsenal, the win seemed to somehow inhibit them. Looking back on it now, the game calls to mind the team talk England cricket coach Trevor Bayliss, an Australian, gave after they beat his native land in the World Cup semi-final this summer, upon observing his charges celebrating wildly. “That’s why Australians think the English can’t win anything,” Bayliss said. “You’re celebrating winning the semi-final, but real winners win the final.” Arsenal certainly gave the impression that by winning this game they had struck the crucial blow, that they had knocked Leicester entirely off course.

We’re going on the road: join@acjimbo,@oilysailor,@Zonal_Marking&@LaurensJulienLIVE in Dublin, at the Liberty Hall Theatre on Friday November 8. Get your tickets here –>https://t.co/kgGqiXGkF7pic.twitter.com/T0EoFRqn5o

Which is why, while the primary story of what came next is one of glory for Leicester, it’s also one of failure for Arsenal. In the years since their last Premier League win, Arsenal could make the excuse that there was at least one superpower ahead of them: in 2005 Jose Mourinho’s early brilliance came together with Roman Abramovich’s wealth at Chelsea; a few years after that came Sir Alex Ferguson’s great final sides, four titles won thanks to his genius, an astonishing defence, Cristiano Ronaldo and Robin van Persie; and then there was Manchester City, with more money than God and gradually learning how to spend it.

But in 2016, where were they all? The corrosive acid of Mourinho’s latter career was rapidly eating away at Chelsea; United were in the second, fruitless year of Louis van Gaal; while City were curiously flat under Manuel Pellegrini, who just before Leicester beat them that January had rather meekly announced that Pep Guardiola would be replacing him that summer.

Throw in Liverpool, who were in the early months of Jurgen Klopp’s tenure and not a factor, and Arsenal’s primary rivals for the title were this plucky band of misfits from Leicester, and a Tottenham side who were giddily discovering that they could be part of the Premier League elite, but weren’t ready for the big stuff just yet. Short of everyone else forfeiting a dozen points each, Arsenal could hardly have asked for a better chance, but they stuffed it up.

The obvious counterpoint to this lamentation of Arsenal failure is that Leicester didn’t lose another game after this and only dropped eight points from a possible 36: even if Arsenal hadn’t imploded, they still might not have won the title.

But that’s the point: Leicester reacted like champions to this defeat, whereas Arsenal got a sniff of glory and soiled themselves, losing their next two league games, one to a United side spearheaded by a teenager nobody had heard of a week earlier named Marcus Rashford, the other at home to Swansea. By the time they relocated their stones a month later, it was too late: Leicester were nine points ahead and Arsenal’s chance of winning the title were over.

‘Arsenal, somehow, will find a way to fail,’ wrote Jonathan Wilson in the Guardian: that season was barely different to any other. Tottenham wilted too, a defeat to West Ham and draws with Arsenal and Liverpool helping to open enough of a gap, before the collapse of the last four games.

Meanwhile, Leicester strode on, and it was this period that was the genuinely extraordinary spell of their title win. What was perhaps most remarkable at all was the lack of drama after the Arsenal victory: the Norwich game was won in the 89th minute and they snatched a point against West Ham with a last-minute goal after Vardy had been sent off, but otherwise the final couple of months were just a cold, determined accumulation of points. All of this with a collection of players with little to no experience at the sharp end of the Premier League, never mind this sort of title race.

From a psychological perspective, it’s usually one of two things that derail teams in Leicester’s position: either reacting badly to set-backs, or freezing in the face of glory. Leicester were presented with both of these challenges, but submitted to neither. The win at the Emirates, which by all logic should have knocked them fatally off course, seemed to spur Leicester on to achieve their astonishing feats. In a season as illogical as this one, it seems entirely appropriate.

The STOP FOOTBALL campaign has been overturned on appeal – The Guardian