Is Messi’s Relationship With Griezmann Frayed At FC Barcelona? 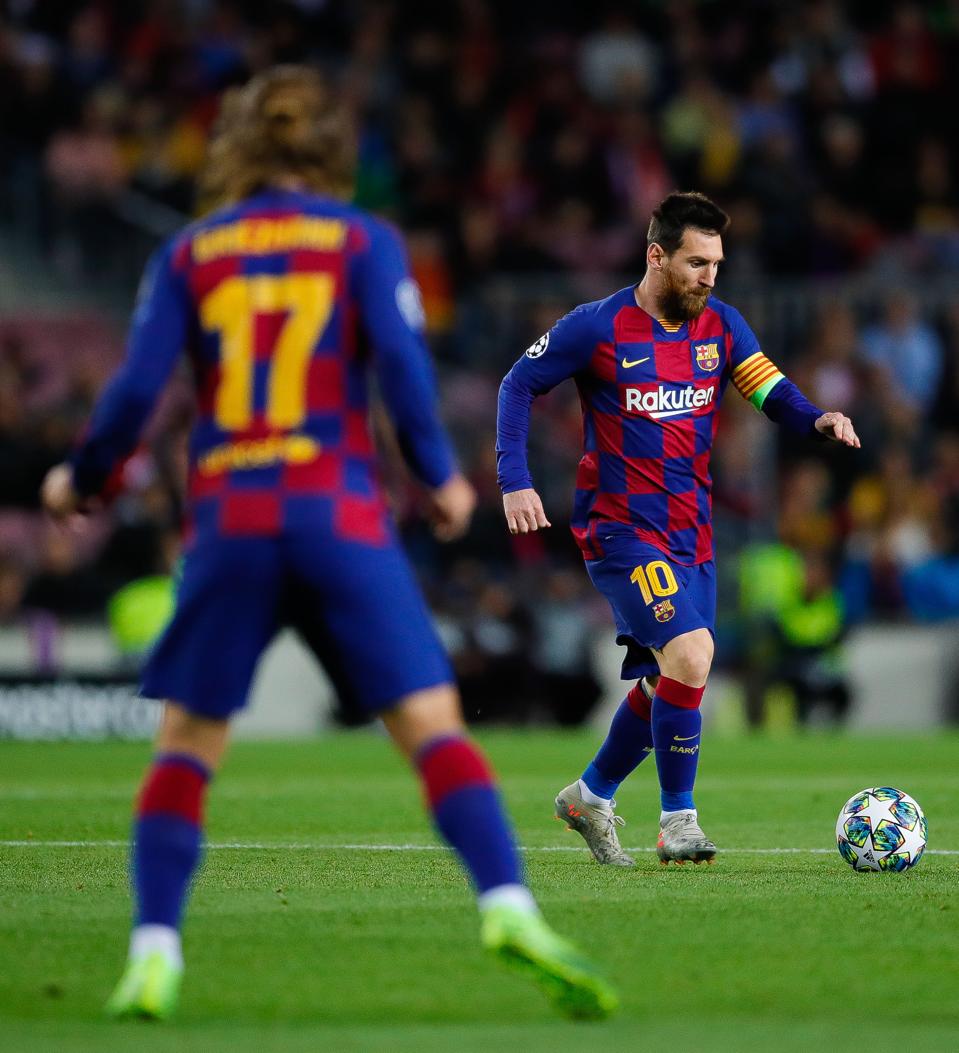 Prior to FC Barcelona’s excruciating stalemate with Slavia Prague in the Champions League on Tuesday, and on the weekend the Blaugrana were humbled 3-1 at Levante, L’Equipe had claimed that ‘Antoine Griezmann is yet to convince both Lionel Messi and Luis Suarez on the pitch.’

‘Neither of the two friends have forgotten about the Frenchman’s ‘La Decision’ documentary in 2018;when he announced he would stay at Atletico for another year; and it often seems like Messi and Suarez are ignoring the World Champion,’ added the respected magazine from the $133mn signing’s homeland. Simultaneously, it has also been no secret that the South American pair wished to see Neymar return from PSG.

With Luis Suarez coming off injured in the mentioned defeat, though, its follow up at the Camp Nou, where Griezmann would apparently be deployed in the Uruguayan’s central role, was meant to be that night that bridges were built and he drew closer to Messi.

Things couldn’t have gone worse. Rather than acting as the target man down the middle, Griezmann was placed in his same suffoacting role on the left flank while Messi operated as a false nine.

And though for anyone watching the match it was pretty obvious, stats released in the aftermath of the Group F clash have shown just how cold the relationship between the pair is.

While Mundo Deportivo initially claimed that Griezmann did not make one pass to Messi over the 90 minutes, rival daily newspaper SPORT later obtained Uefa’s official data to reveal that there was indeed just the one delivery from the French forward to the Argentine and a mere three in the other direction.

In the 35th minute, the most solid proof to back any claims the five-time Ballon d’Or mistrusts the new recruit was when he embarked on a solo run from the halfway line. Griezmann in yards of space on the left, obviously, as Messi approached the box , he instead preferred to place his faith in his own abilities and sent a ripping shot into the crossbar in what was their side’s best effort up until that point.

In the Czech capital a fortnight ago, when Barça struggled to a 1-2 win against the same opposition, Griezmann concerningly did not enjoy a single shot on goal while receiving just one pass each from Suarez and Messi. In entirely one way traffic, he gave it to Suarez twice and Messi on four ocassions, with only goalkeeper Marc-Andre Ter Stegen receiving fewer balls from his teammates overall than Grizi.

In similar developments before that when hosting Inter Milan – the last time Barcelona played at home in the Champions League this season prior to this week – Griezmann gave Messi and Suarez two passes each. In stark comparison, however, Messi passed to double-scorer Suarez on a whopping 10 occasions while on just three believing that Griezmann could do what was required with the ball at his feet.

Heading into the international break, time is of the essence to repair the damage and build rapport.

On Saturday against Celta Vigo, FCB have to return to winning ways to keep their lead in La Liga and appease their fans, but with a better tactical scheme and the right combination of players considering the circumstances, Griezmann and Messi can make amends.