Arsenal fans: Don’t be dingbats when Granit Xhaka returns – Pain In The Arsenal 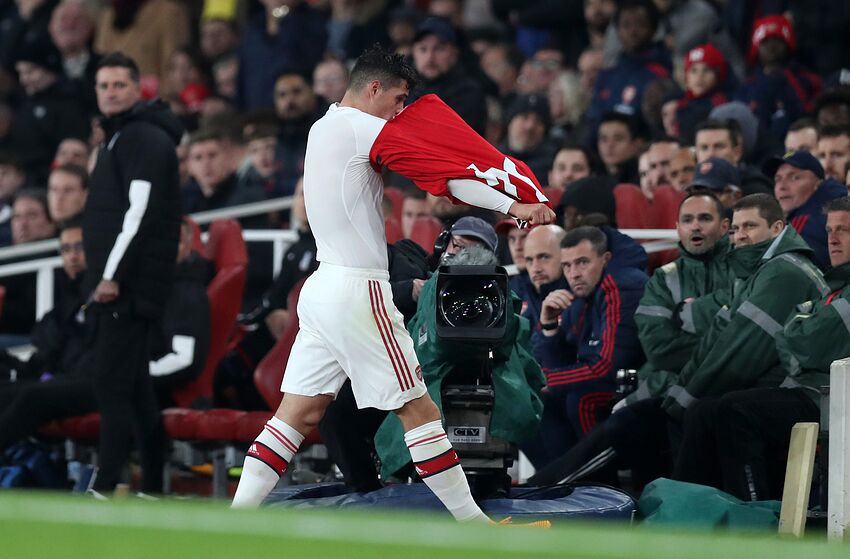 LONDON, ENGLAND – OCTOBER 27: Granit Xhaka of Arsenal leaves the pitch after being substituted off during the Premier League match between Arsenal FC and Crystal Palace at Emirates Stadium on October 27, 2019 in London, United Kingdom. (Photo by Alex Morton/Getty Images)

Arsenal will likely be seeing the return of Granit Xhaka at some point, and all I can say is please, please don’t be dingbats towards the man.

Arsenalfans have grown more and more… unpleasant this year. And bear in mind, when I say “fans,” I am referring to a particular group, not to everyone. But you should all know that by now. That said, as a collective, they’ve grown worse. As if chasing Arsene Wenger out of the club wasn’t bad enough, they now stooped so low that they drove our captain,Granit Xhaka, to a collapse.

We’ve seen bad things from fans before, both in person and on social media, but no one has felt it worse than Xhaka, who has had to put up with harassment online not just towards himself, but to his wife and even his newborn daughter.

How anyone could feel inclined to harass a newborn baby through the internet is beyond me, but that’s what some Arsenal fans are up to these days.

After being booed off the pitch for the second consecutive match against Crystal Palace, Xhaka reacted very heatedly towards the match-goers responsible and hasn’t seen the pitch since.

He did issue an apology, as well as an explanation as to what happened, and closed his statement with a call for unity, that they could enjoy the sport together. It took him a days to issue that statement because, let’s be honest, that is a hard situation to react to. You don’t just respond right away.

All signs point towards a Xhaka return at some point in the near future, after a couple matches out of the squad, and I am so unfortunately worried that match-goers will defy all logic and continue to be dingbats towards Xhaka, potentially booing or jeering him.

Whether he returns in a home or away match, all I can do is hope against all hope that they have a shred of decency and don’t see the need to further prove themselves complete arseholes. Don’t boo the man. Don’t jeer the man. If you can’t handle not doing either, then go stick your head in the toilet until the time passes. Please.

If you’ve ever had any humanity in you, use it now. If you don’t like the player, then respect the human being.