Are Arsenal Any Better Under Unai Emery Than They Were Under Arsene Wenger? – Forbes 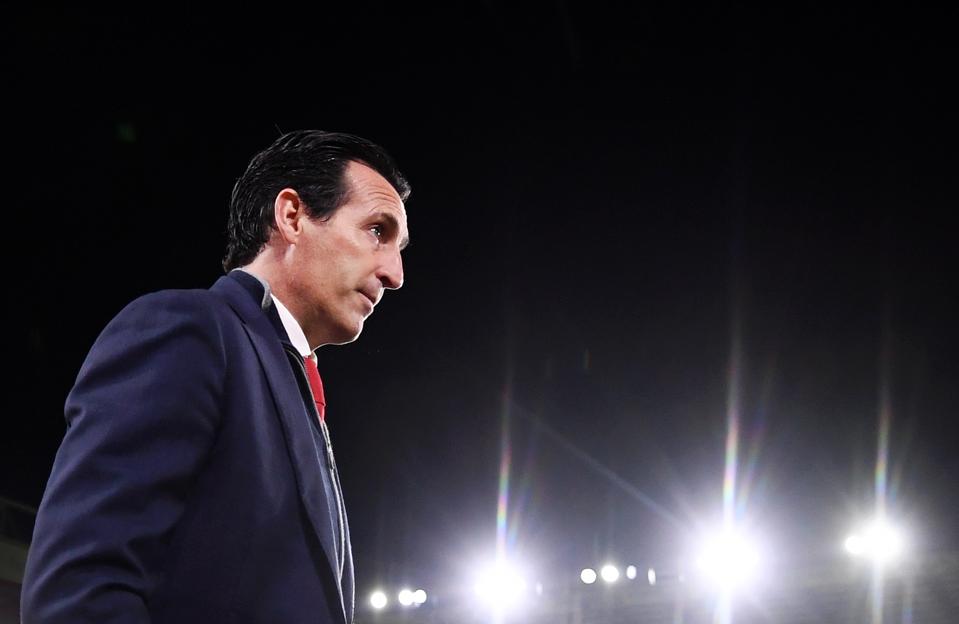 It got to the point where the overwhelming feeling among the Arsenal support was that anyone would be better than Arsene Wenger. It wasn’t so much that the Gunners had identified an outstanding successor, someone almost guaranteed to move the North London club into a new era. Rather being about the man coming in, it was all about getting Wenger out.

For the best part of two seasons, that’s what the banners of protest read at the Emirates Stadium – ‘Wenger Out.’ Frustration and anger reached such a point that the Frenchman had to leave. Arsenal had quite clearly reached the end of a cycle under his charge. The argument could be made that they had in fact reached the end of that cycle years previously.

Pushing Wenger out hasn’t exactly had the desired effect, though. Nearly a year-and-a-half since the Frenchman departed and Arsenal are in an eerily similar place to the one they found themselves in at the end of the 2017/18 season. The Gunners appear no closer to the top level of the English and European game than they were with Wenger in charge.

Unai Emery wasn’t a universally popular appointment when he was unexpectedly hired as Wenger’s successor in the summer of 2018 and the Spaniard has done little to convince his doubters since then. Monday night’s insipid defeat to Sheffield United was just another demonstration of his glaring shortcomings as a coach.

At least under Wenger, in the dark days of the Frenchman’s tenure, Arsenal played with an attacking spark. Under Emery, that spark has been extinguished. Indeed, the Gunners never looked like scoring at Bramall Lane. Their play in the final third was disjointed and stilted. Lacking in tempo and intensity, Sheffield United have no problem in holding Arsenal at arm’s length.

In defence, the same old vulnerabilities remain. Combine these two traits – a lack of attacking spark and a tendency to switch off at the back – and it’s easy to see why Arsenal are struggling to find their way under Emery. Factor in one of the poorest away records in the Premier League, and the Gunners are maybe even going backwards.

Indeed, Monday night’s performance and result had many supporters questioning whether Wenger was better for Arsenal than Emery has proved to be. The Gunners are still only two points off the Premier League’s top four places, but that is only a consequence of their rivals’ similarly dismal start to the season. It is not an illustration of anything but the division’s unpredictability.

Some have already started suggesting candidates to replace Emery. Mikel Arteta, who was deemed to be the favourite for the Arsenal job before Emery was hired, and Max Allegri, still out of work after leaving Juventus at the end of last season, have been mentioned. But would the current Arsenal board go for such a high-profile appointment like Allegri after plumping for the cheap, easy option in Emery just over a year ago? Getting Arteta out of Manchester City would also be quite the task.

Arsenal spent big in Wenger’s final season at the club. Over £100 million was splurged on the addition of Pierre-Emerick Aubameyang and Alexandre Lacazette with Mesut Ozil also signed to a £350,000-a-week contract just months before Wenger departed the Emirates Stadium. Since then, the Gunners have pulled the purse strings tighter, with the exception of the £72 million capture of Nicolas Pepe this summer.

There is scant suggestion that Arsenal are willing to throw the resources required behind their effort to restore the club. If the decision-makers at the club are truly candid with themselves, they must doubt Emery’s suitability for the job. Is he really the man to restore the Gunners as a force? Have they seen anything from the former Paris Saint-Germain and Sevilla boss over the past two seasons to suggest the Gunners are on an upward trajectory? Justifiably or not, Wenger must feel a sense of vi

Arsenal: Mikel Arteta system and style at loggerheads – Pain In The Arsenal