Another Chelsea Star Wanted By Real Madrid: What Should The Blues’ Play Here Be? – MAD ABOUT EPL

Another Chelsea Star Wanted By Real Madrid: What Should The Blues’ Play Here Be? 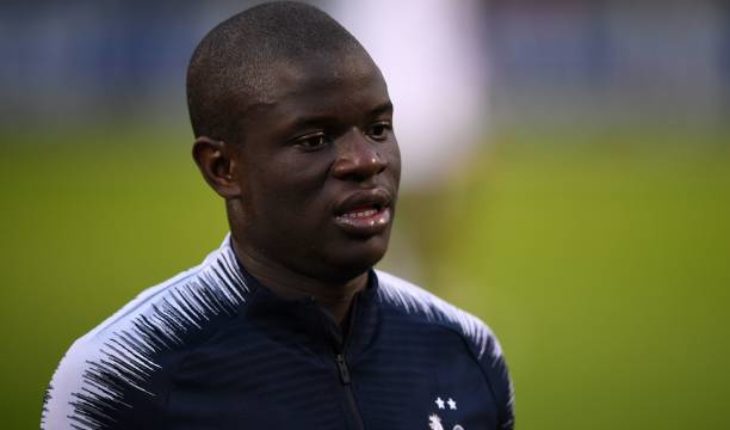 Zinedine Zidane’s Real Madrid may be just a point behind Barcelona, but they are still desperate to improve their squad. One player they have now ramped up their interest in isChelseastar N’Golo Kante.

A story fromEl Desmarqueclaims that Real Madrid are now willing to offer €100m plus James Rodriguez to try and land the French international next summer.

The Spanish giants werealso willing tooff-load Gareth Bale as a part of the deal to land Kante, who is touted as a ‘dream signing’ for Zidane. It might be an offer too hard to refuse for the player but should Chelsea let him leave?

One of the first names on the team sheet for Frank Lampard this season, Kante is easily one of the best midfielders in world football.

He won back to back league titles with Leicester City and then with Chelsea, also winning the PFA Players’ Player Of The Year Award in his first season in London.

Just a year later, he was also instrumental in France lifting the World Cup, finding a place in UEFA’s Team of the Year.

He played most of these games in a deeper midfield role, earning a reputation as one of the best tacklers the game has ever seen.

Kante covers ground like no other midfielder, offering cover to his backline, while also looking to push the team forward with every opportunity.

The inclusion of Jorginho at Stamford Bridge has meant that Kante is given more freedom in the midfield, and he has registered two league goals in three league starts for the Blues this season.

He is a player who can negate even the best of midfielders and wingers and his ability to sniff out danger is a gift for his backline.

There are very few players in the world who can replace him and even with Jorginho in their side, Chelsea are better off holding on to the 28-year-old during this rebuilding stage under Lampard.

Chelsea Should Do Everything To Keep Kante

The Blues will have the transfer ban lifted come next summer and will be desperate to make some big money moves in the transfer market.

Roman Abramovich is not shy of spending in the market but signing a player like Rodriguez, while also pocketing €100m might just be too sweet a deal for him to turn down.

Kante could also be in search of a new challenge, and at the peak of his abilities, he would love to play around a team that will compete for the biggest prizes in world football for years to come.

He still has over three years left on his current deal with The Blues, but Madrid are ready to meet his valuation, which might make it even harder for Chelsea to hang on to Kante.

This story could be one of the biggest sagas of the transfer window next summer.

Chelsea vs. Norwich City, Premier League: Confirmed lineups; how to watch – We Ain’t Got No History