Harry Maguire has snapped back at critics of Man Utd’s early season woes, insisting that pundits and fans alike should judge he and his club on what they accomplish over the next “five or six years.”

Theex-Leciester centre-halfbecame the world’s most expensive defender when he made the move up north for £80m this summer, but success has not been as immediate as some might have hoped.

Manchester Unitedcurrently sit twelth in the Premier League table, with their distinct lack of cutting edge in the final third the primary reason blamed behind their sluggish start.

The situation at the back has been far from ideal, however, with Utd having only kept two clean sheets from their opening eight league encounters.

Though Maguire’s form has been of a satisfactory standard thus far, a key headed chance gone begging in their defeat to Newcastle last weekend has exacerbated the negativity surrounding Maguire’s brief tenure at Old Trafford.

Speaking to Inside Football (via the Mirror), the towering centre-half was quick to downplay the burden attached to his lofty price tag, and called for patience before people judgeSolskjaer’sManchester United.

“I think it’s the long term, that’s what the main thing is,” said Maguire. “In five or six years’ time, judge me then – whether I have been a success at this club or not.

“And I do believe and am really confident that, in five or six years’ time, I’ll be a success and I am sure we’ll have many, many good times here.

“We need to keep improving as a team, not just me as an individual. I feel, if we improve as a team, I’ll be a success too.” 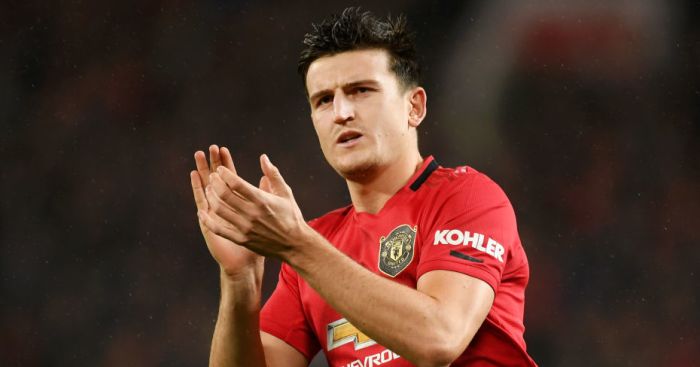 “It doesn’t bother me at all,” Maguire told Inside United. “It’s something that I can’t affect. Leicester wanted to keep me and they are in a great position as a club.

”Manchester United wanted to buy me and they came to an agreement. It’s probably a good deal for both parties and it’s something now where I want to concentrate on my football.”

Meanwhile, Man Utd have suffered a key setback in their chase for a €66m defensive target.

Get the latest personalised Red De