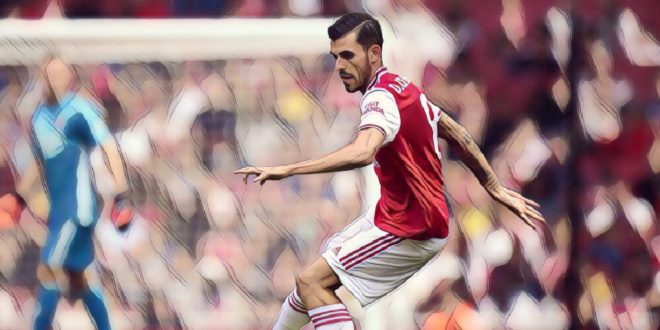 Dani Ceballos has expressed his happiness with life at Arsenal after earning a recall to the Spain squad.

The midfielder moved to the Emirates on loan from Real Madrid this summer and has impressed in the opening weeks of the new season, with the 23-year-old having been included in the national squad for the upcoming Euro 2020 qualifiers against Norway and Sweden.

Having struggled to establish himself as a regular in the first-team at the Bernabeu, Ceballos admits his move toArsenalhas allowed him to start enjoying his football once more.

“Going to Arsenal has been a very important step in my career,” Ceballos told a news conference.

“I don’t feel sorry for not being in Madrid. Right now I am where I want to be and I am very happy.

“My idea was to go out, play and enjoy football. In the previous two years I had not done so. My goal is only to work to keep doing things right.

“I have eight months left at Arsenal, I can only thank them for the confidence that the coach and fans have placed in me, who have already made me a song.

“I am very happy there and I hope to continue for a long time.”

Ceballos: I have a lot of love for Real Betis, they mean a lot to me – MARCA.com