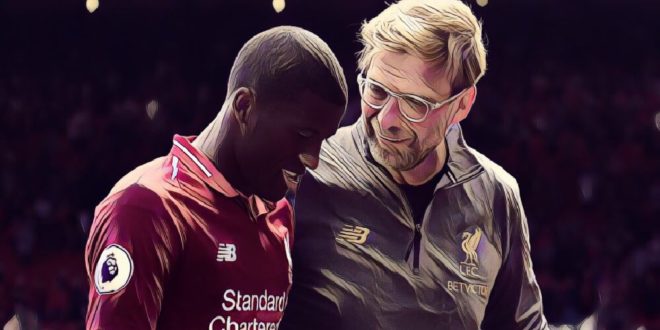 The Dutch international has established himself as one of Klopp’s most trusted lieutenants in recent seasons, though the 28-year-old admits his frustrations when he is occasionally omitted from the club’s starting line-up.

Wijnaldum has revealed he sometimes does ‘boil over’ with theLiverpoolboss, citing being named on the substitutes bench for the club’s Champions League semi-final second leg with Barcelona as an example.

Liverpool overturned a 3-0 deficit against the Spanish side on their route toChampions Leaguesuccess, with Wijnaldum bouncing back from his disappointment and proving to be the catalyst behind the club’s stunning comeback, coming off the bench to score twice at Anfield.

Speaking on his relationship with Klopp, Wijnaldum toldGoal: “With the manager, it is more or less hate and love.

”I am sure he has the best interests at heart with every player in the squad. But sometimes you are so involved in a match and the manager is still chasing you.

“Then you just boil over sometimes – and, in my case, I do get angry with him,” he continued. “I still don’t know if what happened against Barcelona was his real plan.

“But that night I was so angry and so disappointed that he did not start me.

“Looking back, we can say things worked out all right. We will never know how it might have gone if the manager had started me.”

Wijnaldum: Winning Champions League has given Liverpool ‘peace of mind’