Germany vs Netherlands: Euro 2020 qualifier adds another classic to the rivalry – Forbes 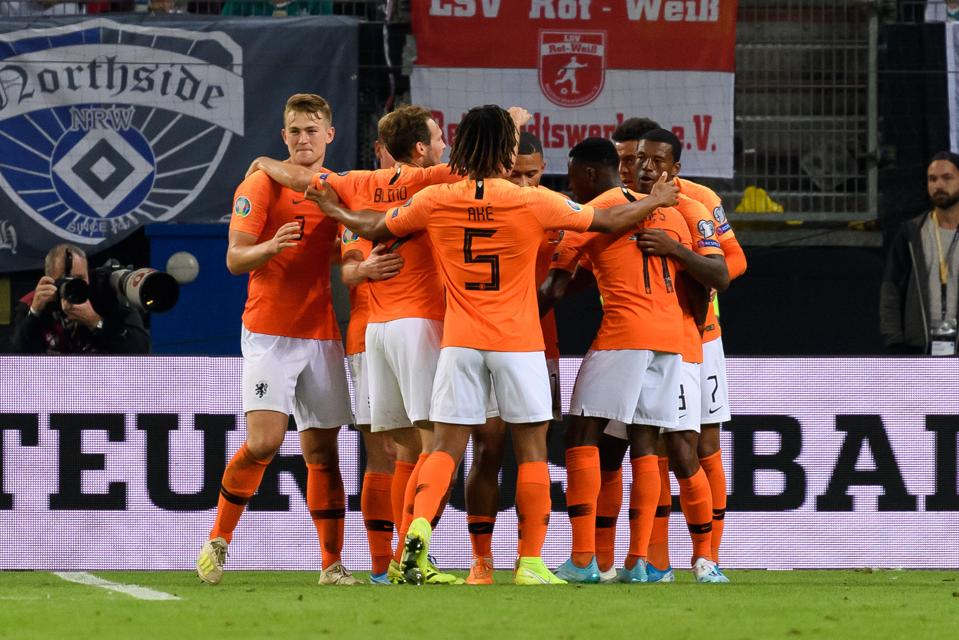 Few international footballing rivalries are as intense as the Netherlands versus Germany – a match-up fueled by World Cups and World Wars.

The key footballing event in the rivalry was (West) Germany’s 2-1 victory over Holland in the 1974 World Cup final, played in Munich, but at which the Dutch, led by Johann Cruyff and having introduced the thrilling concept ofTotal Football, were the favorites. The genius of Cruyff and that multi-talented team had seemed certain to win the World Cup but were outsmarted by Franz Beckenbauer’s team.

But long before Total Football there had beenTotal War. The Netherlands was occupied by the Germans from 1940 until 1945 and a quarter of a million Dutch died. Bitterness, understandably, remained for many years and is remembered to this day via signs and songs that the Dutch fans taunt their rivals:“Bring Back Our Bicycles”, a reference to the German soldiers at the end of WWII stealing two-wheelers to flee the advancing Allied armies.

Many memorable matches have added to the story, most notably a victory for the Dutch in the semi-final of the 1988 European championships (held in Germany) and the ill-tempered affair at the Italia 90 World Cup, which saw Rudi Völler and Frank Rijkaard sent off andtwo large globules of spit landing in the German’s permed hair.

The draw for the Euro 2020 qualifiers has again pitched these deadliest of rivals against each other. Back in March the Germans gave themselves the edgeby winning 3-2 in Amsterdam.

But the qualification picture has now been thrown wide open bythe Netherlands’ dramatic come-from-behind 4-2 victory in Germany. Serge Gnabry gave Germany an early lead but Frenkie de Jong and Jonathan Tah’s own goal gave the Netherlands the lead. Germany looked to have claimed a draw via a controversial Toni Kroos’ penalty, but substitute Donyell Malen reclaimed the lead for the Dutch with just ten minutes to go and Georginio Wijnaldum sealed the victory in injury time.

Thequalification process for Euro 2020 is almost as tortuous as the schedule for the finals (the tournament is being held across the continent). The Netherlands and Germany would comfortably expect to finish in the top two places in the qualifying group, but both teams are currently behind Northern Ireland, who have won their first four games (admittedly all against the group’s makeweights, Belarus and Estonia).

Germany and the Netherlands should still claim the top two spots to qualify for the finals, but having shared the points against each other they now have less room for manoeuvre in the remaining matches, where dropped points co

From Gerrard’s slip to Germany battering Brazil, SunSport writers pick their goals, matches and moments of the decade – The Sun