ARSENAL continued their winning start to the new campaign with a 2-1 win over Burnley.

Real Madrid loanee Dani Ceballos was the talk of the Emirates after his stunning performance, whilst Pierre-Emerick Aubameyang continued his scoring streak with the winner.

EAGLE-EYED Arsenal fans loved what Josh Kroenke was wearing during the 2-1 win over Burnley.

The 39-year-old was spotted wearing club badge cufflinks as he celebrated at the Emirates.

After an image did the rounds on Twitter, one fan said: “Fair play to Josh Kroenke, actually showing up to an Arsenal match while wearing Arsenal cufflinks.”

While another said: “Love that.”

JOE WILLOCK has revealed how Freddie Ljungberg helped him to force his way into the Arsenal first-team.

The 20-year-old told Football London: “Freddie is not only such a legend at the club, he’s an unbelievable manager and coach.

“He’s a mentor for me, he showed me a lot behind the scenes that people don’t really know about.

“Everyday I’m working with him and I’m learning from him. He has improved me a lot and I’m just trying to get better every day.

“Yes. It’s nice for him to follow me up to the first-team as well, it makes me feel more comfortable because obviously I worked with him last year. It’s a familiar face, it’s brilliant.”

ARSENAL are looking to tie Matteo Guendouzi down to a new five-year deal, according to reports.

The 20-year-old’s wage is set to almost double to £70,000-a-week after establishing himself in the first-team since arriving from Lorient last summer.

Guendouzi was a bargain at £7.2million and Emirates chiefs are keen to get him tied down to a new deal.

The Daily Mail report that the France Under-21 international currently earns £40k-a-week but that is set to soar with the lucrative contract offer.

He has played 48 games for the Gunners in all competitions, scoring once.

IF Arsenal have another superb window, they could have Rugani and Zaha in their ranks come January.

Here’s how SunSport see them possibly lining up when the window closes on January 31…. 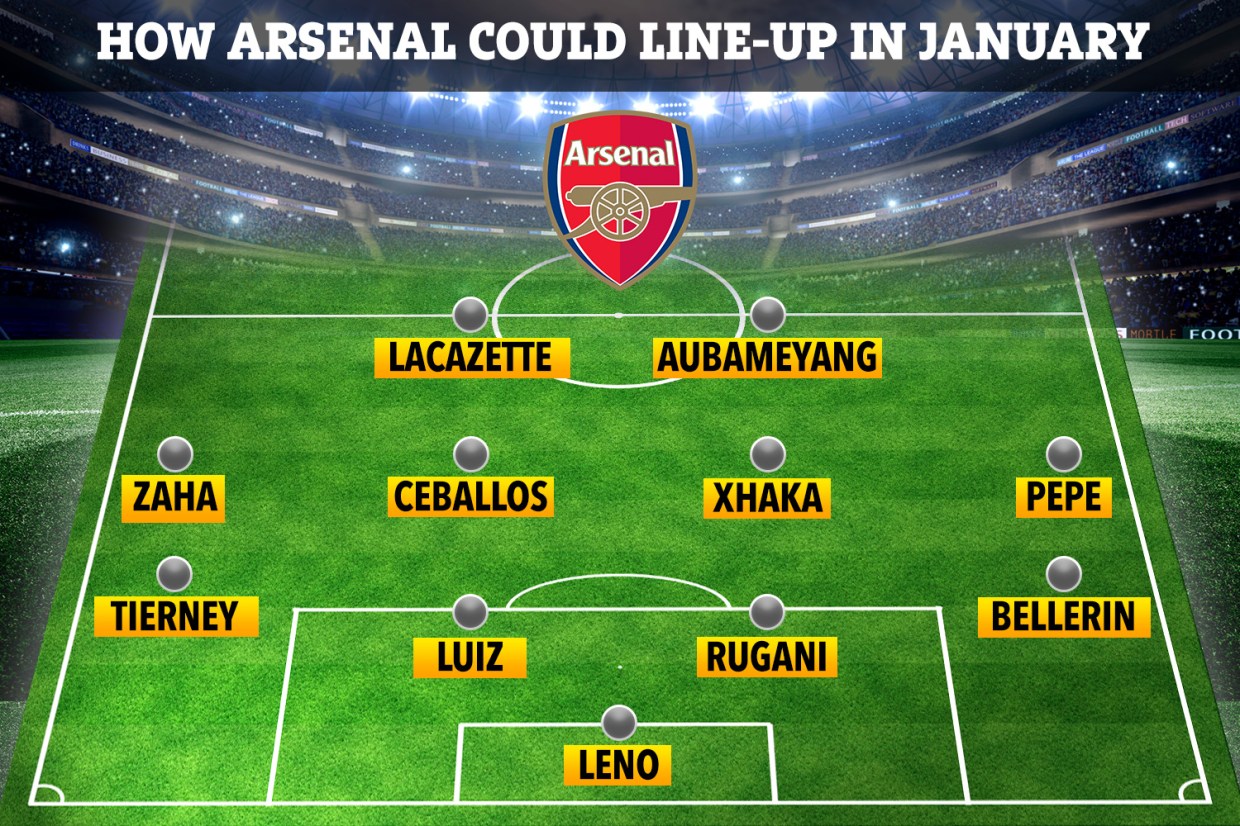 MORE from Josh Kroenke, who has lifted the lid on Arsenal’s superb transfer window.

“It meant going out and finding out what was possible, because after the match in Baku we had to rethink a few things.

“I’m not going to share any details but going into the summer we knew we were going to have instruments in place that were going to allow us to be aggressive and they weren’t going to be dependent on sales.

“These guys went out, they worked their magic and I’m happy to have them on our side.”