NorthEast United have found the right formula finally when it comes to buying foreign players….

With the business end of the Indian Super League (ISL) well and truly underway, the four playoff slots have been filled. While the usual suspects such as Bengaluru FC and FC Goa have made the cut, there have also been a couple of surprise entries.

It has been NorthEast United FC who have been the surprise package of the season with the Guwahati-based franchise securing its maiden appearance in the ISL playoffs in five attempts.

The Highlanders have been a transformed side under Dutch head coach Eelco Schattorie and are fully deserving of their top-four spot despite some stutters in the second half of their campaign.

There have been factors behind NorthEast’s improved displays this season including Schattorie’s own tactical nous and man management. However, the fact that the franchise has been able to hit the bullseye when it comes to overseas recruitment cannot be dismissed.

Getting the right profile in their foreign recruitments has at times been NorthEast’sAchilles heelover the past four seasons and has played a big part in the side’s underwhelming campaigns.

Having finished with the wooden spoon in the 2017-18 season, the club opted to go for a complete overhaul of the overseas players with none of the foreigners retained. While Spanish players have been the flavour when it comes to foreign signings for many of the teams, NorthEast chose to go the other way by roping in the likes of Bartholomew Ogbeche, Federico Gallego, Mato Grgic and Jose Leudo among others.

With the capture of Ogbeche, NorthEast struck gold and how! Playing in the Dutch Eredivisie before his move to the ISL, the former PSG forward has been the driving force behind the side’s march to the playoffs.

With 12 goals to his name, the Nigerian forward currently sits in second spot in the Golden Boot’s race behind only FC Goa’s Ferran Corominas (14). For years NorthEast have struggled to find a prolific centre-forward, be it overseas or Indian. In the four seasons prior to 2018-19, no overseas recruit managed to score more than five goals in a single campaign for NorthEast United. 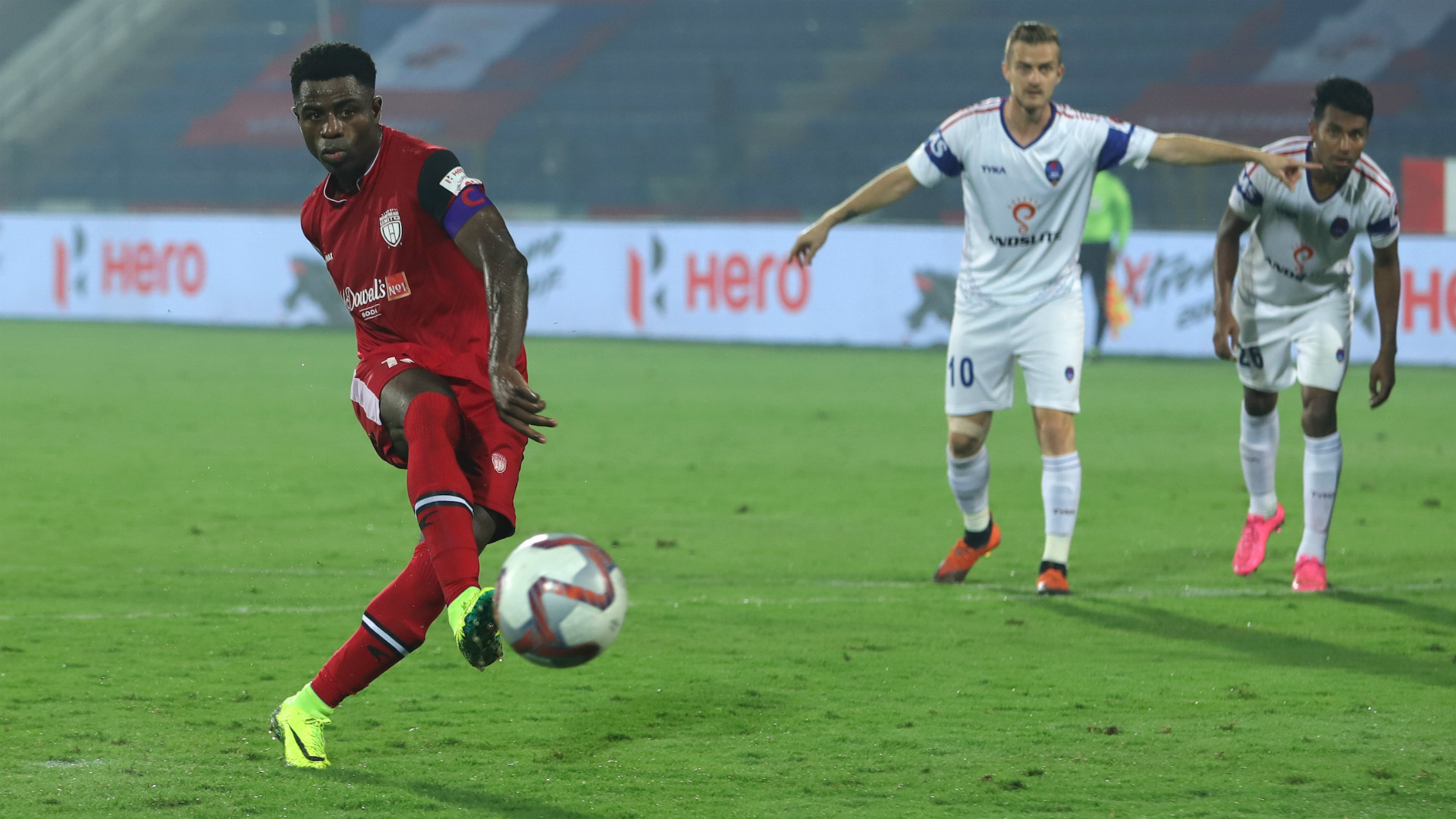 Ogbeche has more than doubled that tally since his arrival and it is no wonder then that the Guwahati club have managed to secure a playoff berth. While the Nigerian has provided the lethal touch in front of goal, it has been Federico Gallego who has been the engine of the team.

The Uruguayan midfielder has been everywhere from cleaning up in defence to initiating attacks while he has also popped up with some crucial goals. Four goals, five assists and plenty of endeavor and graft is what Gallego has brought to NorthEast United. Having never played professional football outside the leagues ofUruguayprior to his ISL move, Gallego is proving an inspired purchase.

While Ogbeche and Gallego have been pivotal in attack, Grgic and Jose Leudo have been steady figures at the back. Croatian defender Grgic has been a pillar at the heart of the defence while Leudo has performed his defensive duties admirably at the base of the midfield.

The four players have been constant features in NorthEast’s starting XI all season while the likes of Mislav Komorski, Juan Cruz Mascia and Panagiotis Triadis have stood up to the task when called upon.

Interestingly, their replacements have also done well like Triadis who was brought in for the injured Augustine Okrah.

The impressive part of NorthEast’s overseas recruitment this season is that none of the players brought in had any prior experience in the ISL. At a time when many clubs are looking towards players who have plenty of experience in Indian football, the Highlanders have taken the gambit of going for unheralded names. There is no doubt that it is a strategy that has paid off handsomely for the club.

After four years of hits and misses, mostly the latter, NorthEast United have final got it right when it comes to overseas recruitment.